New Delhi/ August 2, 2022: Amrita Vishwa Vidyapeetham has announced it is going to organize a virtual coding competition for female school students from grades 8 to 12, called the ICPC Algo Queen Girls’ Programming Cup. The first-of-its-kind event, sponsored by IBM Quantum, is intended to encourage girls in India to take part in coding competitions by providing them training in competitive coding and quantum computing.

Educational sessions, workshops, multi-tier competitions, and career advisement events will be organized online every week as part of the event till the Finals to be held in February 2023. These would allow students to participate flexibly, improve their algorithmic skills, learn how to program quantum computers, and earn credentials from ICPC’s top-level international events.

Admissionsfor ICPC Algo Queen Girls’ Programming Cup are free and open at www.amrita.edu/algoqueen. The last date to apply is October 25, 2022. 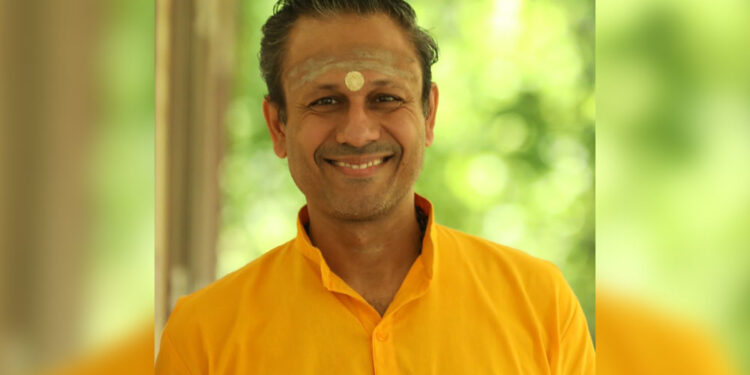 Prof. Maheshwara Chaitanya, Director, Admissions & Academic Outreach, Amrita Vishwa Vidyapeetham, who is also Deputy Director, ICPC Asia said, “Only 28%  of the world’s researchers are women. We need more girls to be part of the technological revolution, especially in competitive programming and coding. We need to understand which obstacles keep girls away from STEM and how we can encourage them to overcome these. The aim of ICPC Algo Queen Programming Cup is to stream the brightest mathematical minds among girl students into a productive world of algorithms and computer science.Amrita Vishwa Vidyapeetham has been hosting the world’s largest collegiate programming contest, the ICPC, for the past 15 years in India. Now, we wish to provide free training in programming to girl students through the ICPC Algo Queen Programming Cup.”

IBM Quantum, an industry leader in quantum computing, believes quantum education should be accessible and inclusive, and is working to reduce barriers of entry for students around the world. Throughout the 2022-2023 ICPC Algo Queen season, IBM Quantum will conduct the Quantum Explorers program, a gamified approach to learning quantum, comprising engaging study materials, seminars, achievements to unlock, and career advice. Participants will gain a general understanding of quantum computing, some applications such as quantum machine learning and optimization, and learn to program real quantum computers.

Started locally in the Asia West region, the Algo Queen Girls’ Programming Cup initiative will join a series of ICPC Global activities,and alsobe open to participants from other regions of the world. ICPC Foundation has been serving underserved communities, raising aspirations, improving performance, and bringing people together through its initiatives and events for over 40 years to narrow the gap.