Bathukamma celebrated with gaiety in Melbourne 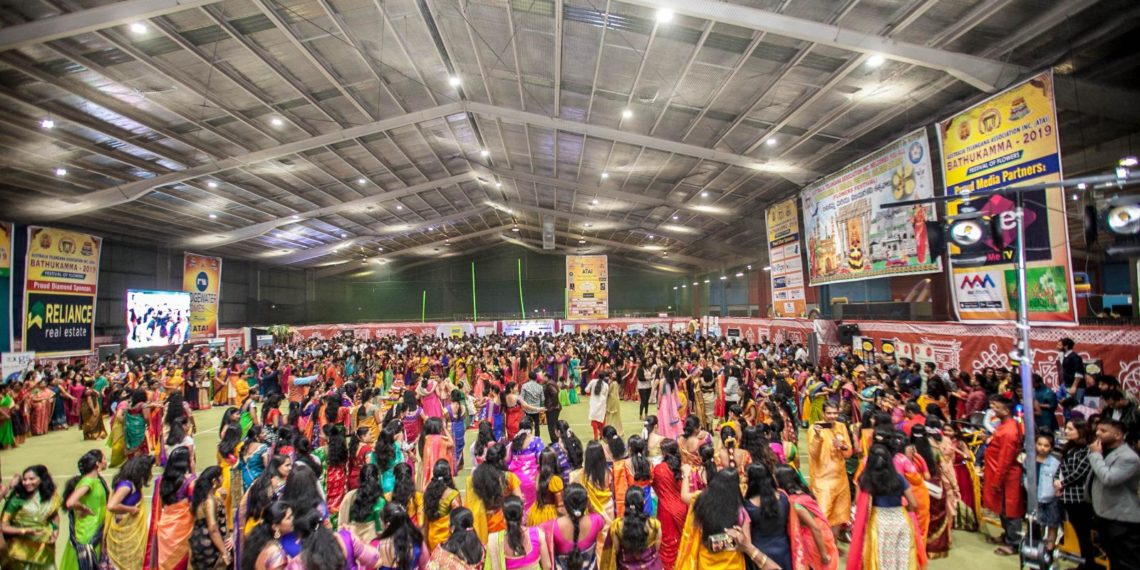 About 4000 people gathered at Melbourne to celebrate the Bathukamma festival organized by Australia Telangana Association (ATAI).

Women and kids danced to rhythmic beats of Bathukamma songs sung by Kalyani and Varam.

The event was attended by Australian MP and Attorney General Jill Henessy, Hobsonsbay Mayor Janathan and leaders of all parties and representatives of the All India Association. Speaking at the event Jill Henessy said witnessing Bathukamma celebrations was a great pleasure.

Mayor Janathan said that it is a happy occasion and a colourful one at that.

Madhulika Pasumarti, who was anchoring the event, said the aim was to promote Telugu culture in Australia with the aim to preserving the traditions for future generations.

ATAI president Atapuram Amarender Reddy explained the importance of the eight Bathukammas made during the nine-day Dasara festival that welcomes spring in Telangana.

He also added, that volunteers’ efforts have been extremely great over the past six months. ATAI members created a rural atmosphere, reflecting the pastoral lands of Telangana.