In this occasion, ISRO Chairman Dr K Sivan through the press release congratulated the launch vehicle and satellite teams involved in this challenging mission. “Today is a historical day for Space Science and Technology in India. I am extremely happy to announce that GSLV MkIII-M1 successfully injected Chandrayaan-2 into an orbit of 6000 Km more than the intended orbit and is better.” 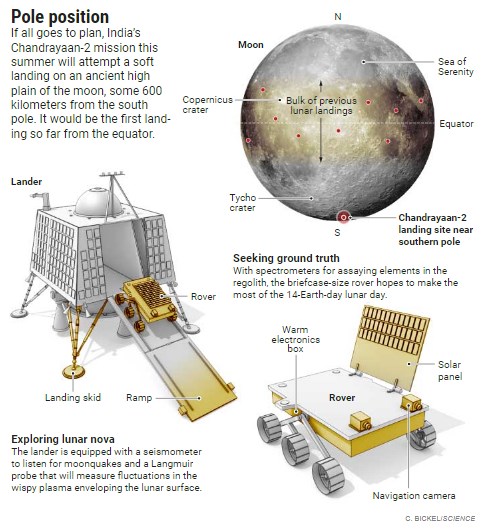 Foreign Media has too covered this historic event of ISRO. To which different media reacted:

BBC reacted, “India has successfully launched its second lunar mission a week after it halted the scheduled blast-off due to a technical snag.”

Aljazeera said, “India’s moon mission Chandrayaan-2 gets off the ground”

The Independent newspaper said, “India launches Chandrayaan-2 mission to the Moon after calling off previous attempt”

France24 reacted, “India’s country own space organization has successfully launched an unmanned spacecraft to the far side of the Moon after a technical snag delayed liftoff. ”

NASA too reacted and congratulated India through, “Congrats to @ISRO on the launch of Chandrayaan 2, a mission to study the Moon. We’re proud to support your mission comms using our Deep Space Network and look forward to what you learn about the lunar South pole where we will send astronauts on our #Artemis mission in a few years”

With respect to that, Prime Minister Narendra Modi wished ISRO in Twitter, “Special moments that will be etched in the annals of our glorious history! The launch of #Chandrayaan2 illustrates the prowess of our scientists and the determination of 130 crore Indians to scale new frontiers of science. Every Indian is immensely proud today!”

Here is the onboard view of GSLV MkIII-M1/Chandrayaan2 Launch:

In a development leading to the establishment of the proposed Higher Education Commission of India (HECI), a committee has been...