How Festive Season Revives the Job Sector For Blue-Collar Workers? 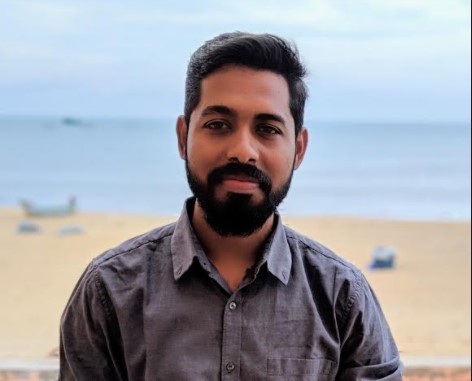 The coronavirus pandemic has led to a spread of wide unemployment. According to the Centre for Monitoring Indian Economy, during the lockdown period, the unemployment rate in India inflated from 8.75 percent to 27.1 percent. On an average 120 million out of 170 million blue collar workers in the country went unemployed and were left with no wages.

Although the economy of the country continues to grapple while looking for the measures to stabilise, there is expectancy for the companies to start hiring entry level workers with an urge to work fluently for the festive season ahead. In fact, it is already witnessing an uptick in sectors like logistics and e-commerce, according to HR consultancies, which expect a further spike to come about as companies prepare to cater to the festive season demand. The vacant positions are mostly across roles in sorting, warehouse management, delivery, packaging, security, among others.

Discussions around the challenges facing work from home have been around the corner in the past few months. However, hardly anyone talks about what life looks like beyond the white collar. The men in blue have been trudging around to keep organisations running while others trying hard to start earning wages post lockdown.

The stakes for these workers have been much higher than the ones in white. The impact of the lockdown and the subsequent downsizing has been felt harder by this workforce who has been disengaged in large numbers. Their low skill level coupled with the sheer availability of manpower to the companies further reduces their bargaining power. Though the understanding between the management and the workers of any category has been much more than before, hardships being faced by blue collar workers are beyond our imagination.

Logistics and E-commerce acting as a Safe Haven

In the month of April the blue collar workers saw a major downfall. But as recorded by Quikr Jobs, there was a 108% surge in applications and a 36% rise in availability in the succeeding month as compared to April. Further, in June 2020, OLX People, India’s leading tech-powered HR Platform, conducted a survey named; “Employer Sentiment Survey”. According to the survey, 85% of the employers assume the there will be an increase in the recruitment of blue-collar and entry-level staff, amid the COVID-19 pandemic scrutinizing the upcoming festive season in the year.

This survey corroborated that e-commerce and ITeS will lead the hiring accompanied by logistics and food companies. In order to be prudent and contemplating to get well composed for the festive season, the e-commerce companies always hire aggressively from the second half of the year. These companies mostly hire to fill the vacant roles comprising- warehouse management, packaging, sorting, security and delivery, among others. The survey also mentioned that many companies are confident enough to recover the business losses which occurred due to the pandemic within this year itself. It stated that 53% of the companies are definite to recover within the next three months, and 32% of them are positive about recovering within the upcoming six months. Moreover, there are 40% of semi operational companies from the survey. These companies are into essential services. E-commerce and ITeS businesses are confident that they will resume their operations completely this year by October.

The lockdown has adversely affected the blue-collar gig workers. Many discretionary companies have shut down but the delivery staff is still needed in essential services. Now that the nation is moving towards the unlocking of the lockdown, it is expected that there will be an increased demand for blue, grey-collar, and entry level jobs. The internet companies seem to dominate this wave of revival as they bulk up blue collar jobs. Many of them including Big Basket, DealShare, Amazon, and Grofers, have already hired thousands of blue collars and gig workers in the past few months.

This festive season sales are smacking along with the Indian Premier League which will pave ways for a shoot up in both food and e-commerce sectors. The festive season sale is going to begin by October from Dussehra and will extend till about Christmas, and this highlights the peak consumer purchase period. All of this will lead to an optimistic revival of hiring for the blue collar workers.

The reverse migration has just started and the upcoming festive season is expected to bring a much need relief to everyone – from blue collar workers to retailers and established companies.

Digital marketing: Metamorphosis or a fad

Consistency is the key