The ICFAI-BIMACC Mediation Centre will cater the needs of disputes concerning matrimonial issues, commercial disputes, intellectual property rights, civil and some of the criminal cases. The parties having conflicting interest may approach the centre for resolving their disputes.

The event was graced by the presence of Chief Guest Hon’ble Justice Sri ChadaVijayaBhaskar Reddy, Judge, High Court of Telangana. During the event, Hon’ble Justice insisted on the need of the mediation in wake of the pending litigations in the court of law. He stated that the ICFAI-BIMACC mediation centre would put in efforts and play a prominent role in effectively resolving the conflict/disputes.

The Presidential address was delivered by Hon’ble Mr. Justice S.R. Bannurmath, Honorary Vice President, BIMACC; Chairperson, Karnataka State Law Commission & Former Chief Justice, High Court of Kerala. He congratulated the mediators on their accreditation by ICFAI-BIMACC Mediation Centre and encouraged them to work for the welfare of the people in making a litigation free society. 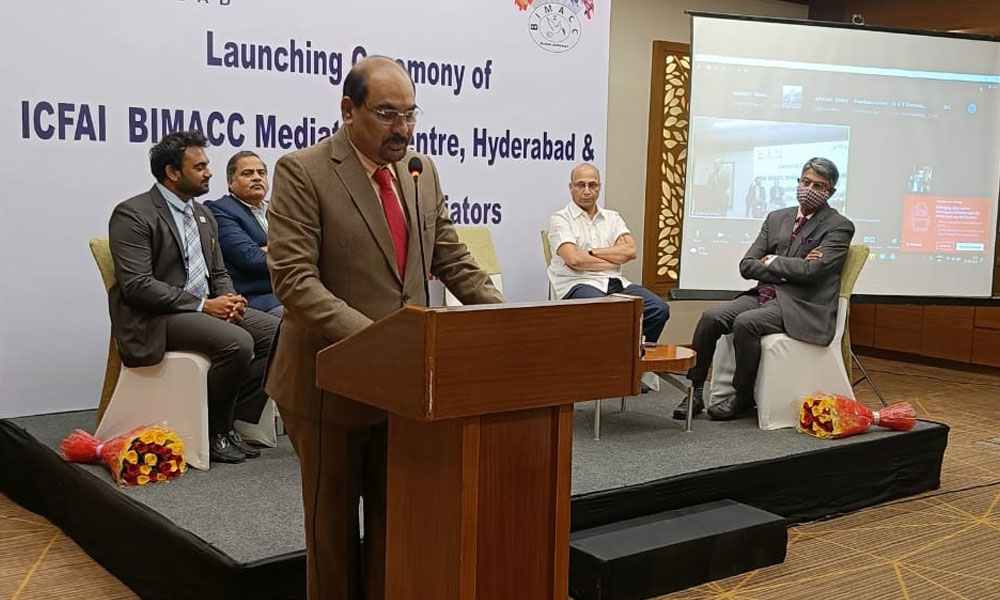 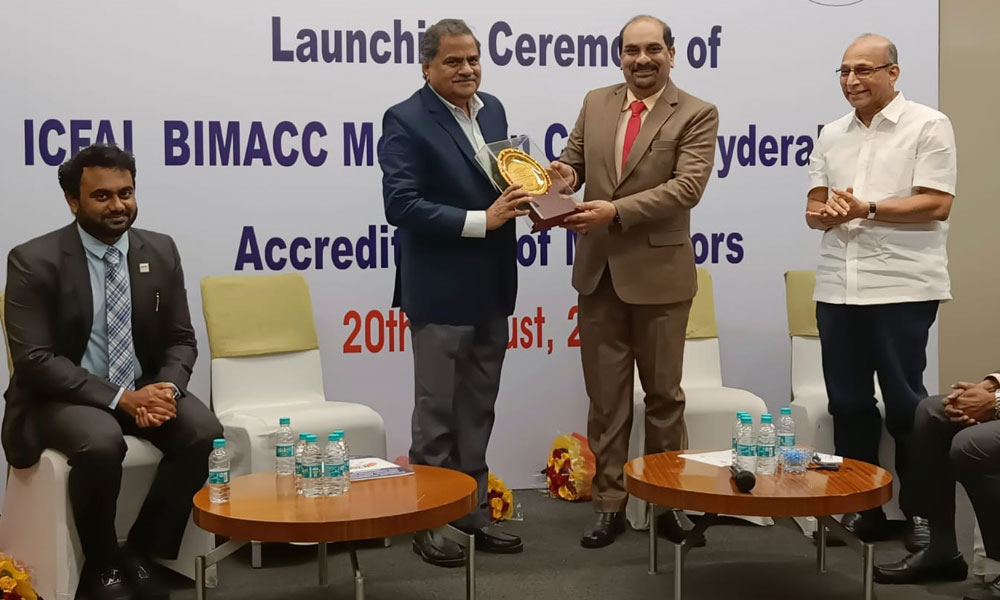 Hon’ble Justice ChallaKodandaram, Former Judge, High Court of Andhra Pradesh also graced the occasion with his presence. He focused on channelizing the mediation process in the rural areas of India which significantly require the most.

The Guest of Honour, Mr. B. C. Thiruvengadam, Senior Advocate & Honorary Director, BIMACC stated that the ICFAI-BIMACC Mediation Centre would bridge the widening gap between public and the Justice. He also highlighted the present number of backlog cases in India and expressed the necessity of helping the poor and the downtrodden free of cost. He stated that the people should not resort to the unlawful means to resolve the dispute due to long pendency of cases and lack of resources.

The occasion was also graced by Dr. Anju Choudhary, Adv. Ravi Choudhary, Mr. Sharma Legal Officer at GMR. The event was also attended by the faculty members of ICFAI Law School, Hyderabad and the participants of the training program conducted jointly by ICFAI Law School, Hyderabad and BIMACC. The event was also followed by the accreditation of mediators and distribution of prizes by Hon’ble Justice Sri ChadaVijayaBhaskar Reddy.

Artium Academy’s new Western Vocals Course will help you find your voice and sing like your fav artist!

This performance-based curriculum, designed and certified by the legendary, Padma Shri Sonu Nigam, is for both, aspiring and trained singers...

The Future of education beaming with the new budget in hand