JGU has been recommended as institution of eminence by UGC

It has entered a select list of top 10 private institutions in the country which will be freed from regulatory control and given full autonomy. 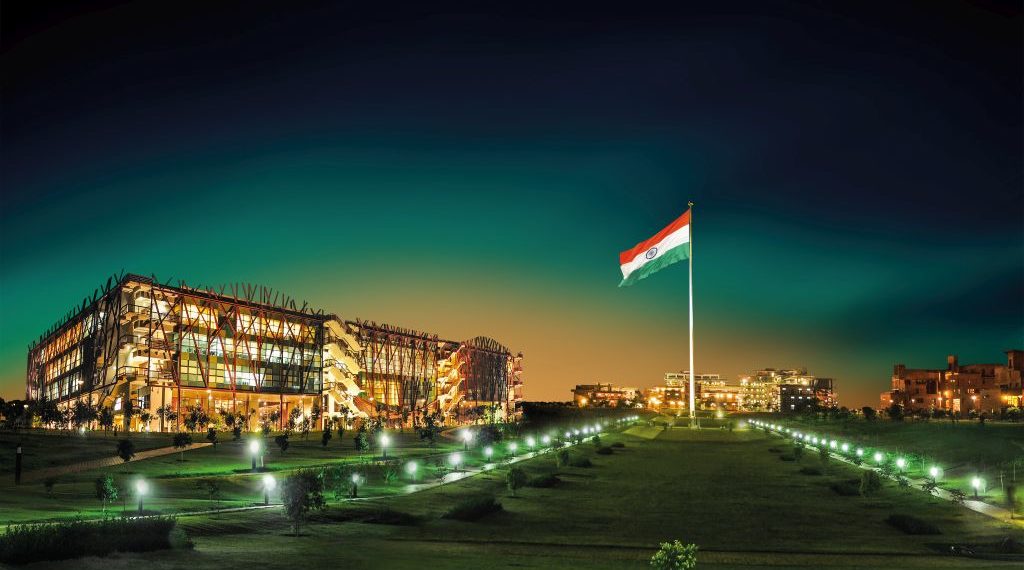 The O.P. Jindal Global University (JGU) has been recommended for declaring as an `Institution of Eminence’ by the University Grants Commission to the Ministry of Human Resource Development. It has entered a select list of top 10 private institutions in the country which will be freed from regulatory control and given full autonomy. The list was announced by the Ministry of HRD, Government of India in New Delhi today.

Based in Sonipat in the National Capital Region of Delhi, JGU consists of eight inter-disciplinary Schools. As a part of its application, JGU has submitted a detailed 15-year ambitious vision plan to enter the world university rankings. The plan seeks to address, among other things, academic matters, faculty recruitment, student admissions and scholarship, research, collaborations, infrastructure development and governance. Detailed implementation plans have also been drawn up with clear targets.

On achieving this milestone, Founding Chancellor and benefactor of JGU, Mr. Naveen Jindal said, ‘I am immensely pleased with the recognition of JGU as an Institution of Eminence. JGU was established in the memory of my father, Shri O.P. Jindal who believed in education, entrepreneurship, philanthropy and nation-building. Our vision is to produce outstanding leaders who will make a true difference to the communities in which they live. I congratulate the Vice Chancellor, faculty members, students and staff of JGU for their hard work which led to this recognition in barely less than ten years since its inception. In our journey towards becoming a world-class university, we will make every effort to provide JGU with further resources, academic freedom and autonomy and an enabling environment for it to flourish further”.

Professor (Dr.) C. Raj Kumar, Founding Vice Chancellor of JGU said, “This is an incredibly historic recognition for JGU and congratulations to all members of the JGU Community. I hope the IOE and far-reaching policy reforms in higher education will permeate the actions of all regulatory agencies and will ease the environment for higher educational institutions to enable them to focus on their core tasks. I hope everyone understands the spirit of these changes and implement them fully. In addition to the conferment of ‘autonomy’ and subsequently breaking into QS Rankings on all levels – BRICS, Asia and the World, the news of IOE status is truly encouraging and gives a great boost to our efforts. I would like to thank Mr. Naveen Jindal, our Founding Chancellor and benefactor, for the faith and trust that he has reposed in us. I wish to acknowledge and thank our academic partners across the world for forging substantive collaborations with JGU and for undertaking activities for joint research and knowledge creation”.

Reacting to this development, Registrar, JGU, Prof. Y.S.R. Murthy said, “Our quest for eminence began in 2009. We have been maintaining excellent faculty-student ratio, strong commitment to research, internationalization, global collaborations and inter-disciplinarity since our inception. These recent recognitions will spur us to work harder and aim higher. We thank the JGU faculty, students, staff, members of the Academic Council, Board of Management and Governing Body, parents, students, alumni and other stakeholders for their invaluable contribution in our success”.

In support of the soldiers: Vivek Mehra, Founder, I am still Human

Govt Decides to Repeal Articles 370 and 35A, J&K and Ladakh to be Separate Union Territories