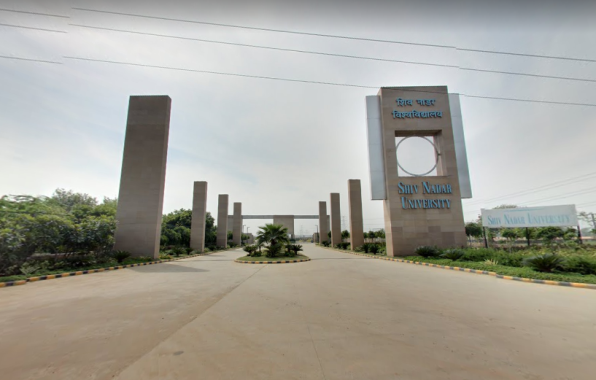 New Delhi, 10 October 2019: Researchers at Shiv Nadar University (a comprehensive, multidisciplinary and research-focused university) in Greater Noida today announced the discovery of two strains of plastic-eating bacteria that have the potential to solve the problem of plastic waste globally. The bacterial species namely Exiguobacterium sibiricum strain DR11 and Exiguobacterium undae strain DR14 were isolated from the wetlands adjoining the University by Dr Richa Priyadarshini and her team at the Department of Life Sciences, School of Natural Sciences.

Further research by the team has revealed that these bacterial strains have the potential to decompose ‘polystyrene’ – a key component in Single-Use Plastic (SUP) items such as disposable cups, cutlery, toys, packaging materials etc.

Commenting on the relevance of this discovery, Dr Rupamanjari Ghosh, Vice-Chancellor, Shiv Nadar University, Uttar Pradesh, shared, “What started as a scientific exploration of the wetland in our campus has led to this significant discovery of plastic-eating bacteria. I would like to congratulate our research team for their discovery and look forward to them taking this forward to eventually addressing the problem of plastic pollution globally. This is a dream solution for breaking plastic in a natural process and making it biodegradable.”

The research team identified that upon coming into contact with the plastic (polystyrene), the bacteria use it as a carbon source and create biofilms. This alters the physical properties of polystyrene and initiates a process of natural degradation with the release of hydrolysing enzymes to break the polymer chains. The team is currently trying to evaluate the metabolic processes of these strains for utilization in the environmental bioremediation.

This discovery assumes significance given the recent announcement by the Prime Minister to eliminate Single-Use Plastic by 2022. The plastics industry produces approximately 14 million metric tonnes of polystyrene, which is non-biodegradable. This effects both terrestrial and marine life, e.g., a plastic fork used for 15 minutes can take up to 450 years or more to decompose. In the universe of plastic items used daily, SUP constitutes about a fifth in volume, estimates the All India Plastic Manufacturers Association (AIPMA). India is practically drowning in plastic – according to industry estimates, India consumes an estimated 16.5 million tonnes of plastic annually.

The research by Dr Priyadarshini and her team has been published in the prestigious scientific journal, RSC (Royal Society of Chemistry) Advances.

ATCS to Provide Covid-19 Vaccine to employees and their families