The universities will establish a joinResearch fund to support potential research partnerships in data science, energy systems, and biomedical engineering

CHENNAI, 23 rd November 2022: Indian Institute of Technology Madras (IIT Madras) and the University of Birmingham, U.K., are joining forces to launch Joint Masters’ programmes that will see students studying in Birmingham and Chennai before receiving a single degree awarded by both universities.

It is proposed to launch the first joint postgraduate programme next year before developing further study programmes in subsequent years. The partnership agreement was reached during a visit to Chennai, by Professor Adam Tickell.Professor V. Kamakoti, Director, IIT Madras, and Professor Adam Tickell, Vice-Chancellor and Principal, University of Birmingham, signed a collaborative Statement of Intent to explore study areas including data science, energy systems and biomedical engineering.

The universities have also agreed to establish a joint research fund to support academics and researchers as they explore potential research partnerships in data science, energy systems, and biomedical engineering. 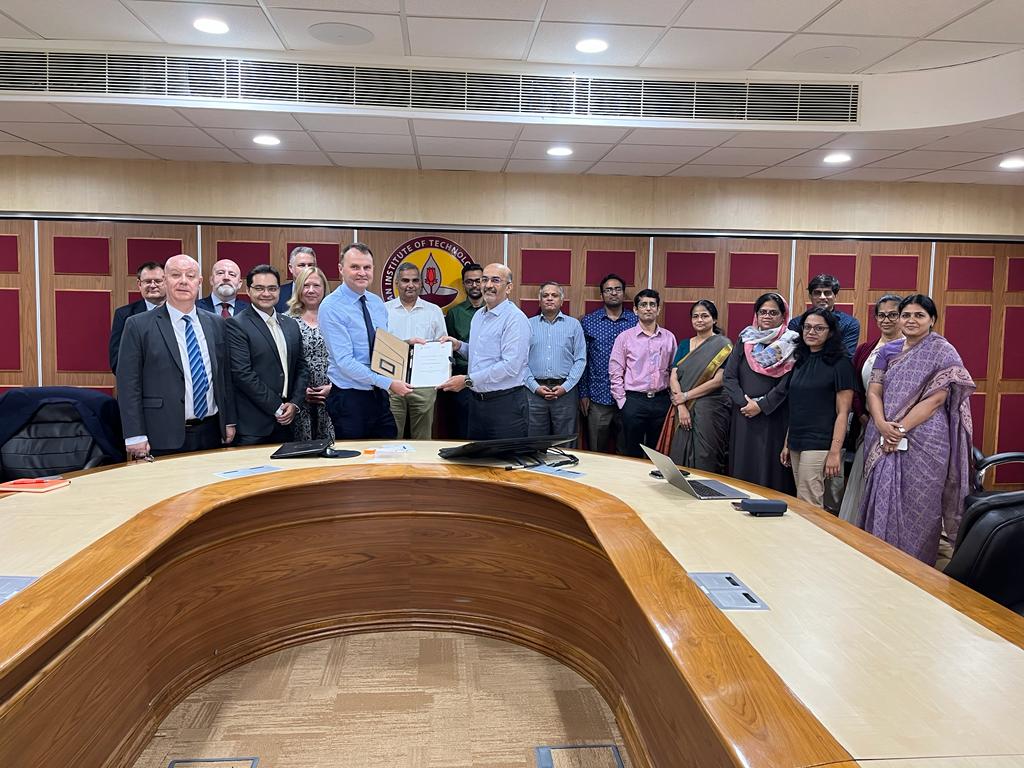 Professor Adam Tickell added, “These innovative joint postgraduate programmes between IIT Madras and University Birmingham will offer students the opportunity to pursue a world-class education at globally leading institutions in two countries, and to have their educational achievements recognised by both.”

The joint programmes will be delivered at the campuses of both institutions and mutual recognition of academic credits issued by each university will lead to the award of a single degree certificate.

This is the first such education partnership at Masters’ level between any IIT and a UK Russell Group University. Students would benefit from academic flexibility to learn and work in current areas that would define the future of global engineering and technology. Elaborating on the importance of this partnership, Professor Raghunathan Rengaswamy, Dean (Global Engagement), IIT Madras, said, “This is a great beginning for what we hope will be a long and fruitful association with University of Birmingham, hitting several high notes.”The agreement builds on a Memorandum of Understanding (MoU) signed in February 2022 where both institutions declared their intention to further develop their partnership.

Professor Robin Mason, Pro-Vice-Chancellor (International) at the University of Birmingham, commented, “This agreement sets out our vision for how the relationshipbetween IIT Madras and the University of Birmingham will develop in the coming years. I look forward to seeing the many fruitful education and research collaborations which will emerge aswe work ever closer together.” Further, Professor Preeti Aghalayam, Faculty Advisor for International Academic Programmes (Global Engagement), IIT Madras, said, “We are excited to explore this new vista of internationalisation for IIT Madras, and look forward to putting together a stellar offering benefiting students from all geographies, together with our colleagues at Birmingham.”

The University of Birmingham has a number of significant partnerships in India, underpinned by
its India Institute which aims to increase the visibility, impact and coherence of Birmingham’s
engagement in the country.

"Heroes need not be politicians, business leaders, or those who wear a uniform. Leaders build sustainable societies and develop individuals....

Job Platform Monster transforms to an end-to-end talent platform; reinvents itself as foundit