by
in Featured, Insta Read
0

Women has been a part of every field since time immemorial and they have set a milestone in those fields. From medicine to science, literature to performing arts, engineering to industry, law to social service, they have created an impression that hardly goes undetected.

Below is the list of women who have made commendable contributions to the society are:

The first woman to receive a PhD (1939) in science is Kamala Sohonie.

The recognition of this biochemist at the Indian Institute of Science, Bangalore, paved the way for women to be acknowledged in the institution for the first time in its history.

Kamala Sohonie’s research were related to the effects of vitamins and into the nutritive values of pulses, paddy, and groups of food items consumed by some of the poorest sections of the Indian population.

She had even received the Rashtrapati Award for this work.

Known as the ‘Missile Woman’ of India, Tessy Thomas is the first woman scientist to head a missile project.

She is an Indian scientist and Project Director for Agni-III, Agni-IV and Agni-V missile projects in Defence Research and Development Organisation.

In January 2012, former PM Manmohan Singh said that she is an example of a “woman making her mark in a traditionally male bastion and decisively breaking the glass ceiling”. The media loves to call her Agniputri, meaning one born of fire.

Rajeshwari Chatterjee was the first woman engineer from Karnataka and author of seven books.

Chatterjee was a professor at Indian Institute of Bangalore (IISc) and later became the Chairperson of the department of Electro-communication Engineering.

The books written by her are –

After retirement from the IISc, she had worked on social programmes, chiefly with the Indian Association for Women’s Studies.

An Indian oceanographer who was a part of the Indian expedition to Antarctica in 1983 and became the first Indian woman to visit Antarctica is Aditi Pant.

She aspired to become an oceanographer when she came across the book The Open Sea by Alister Hardy while she was doing her Bachelors in Science at the University of Pune. Pant received US government scholarship to study an MS in Marine Sciences in the University of Hawaii, and then pursued PhD in Westfield College, London University.

She was honored with the Antarctica award by the government of India for her contributions to the Antarctic program.

An Indian by birth, Kalpana Chawla was an American astronaut and the first woman of Indian origin in space.

She first flew on Space Shuttle Columbia in 1997 as a mission specialist and primary robotic arm operator.

In 2003, Chawla was one of the seven crew members who died in the Space Shuttle Columbia disaster when the craft disintegrated during the time of entering into the Earth’s atmosphere.

Chawla was awarded the Congressional Space Medal of Honour posthumously.

No Decrease in Requirement for MGNREGA Funds: Government tells SC 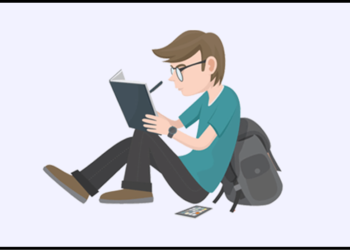