A breakthrough to understand how rare childhood brain disorders develop

Findings reveal that defective immune cells in the brain contribute to the development of rare neurological diseases that cause severe physical and mental disabilities in children.

A new breakthrough in understanding the cause of rare childhood brain disorders has been made by researchers at the University of Sheffield.

The discovery by academics from the University’s Neuroscience Institute and Bateson Centre has revealed that defective immune cells in the brain called microglia contribute to the development of leukodystrophies.

Leukodystrophies are a group of rare neurological diseases that cause severe physical and mental disabilities in children. One in 7,600 children are affected by the disorders which include symptoms that usually appear in the first year of life and get progressively worse as the child grows older.

Very few treatments are currently available for the diseases which, as with other rare disorders, can leave those affected feeling incredibly isolated.

However, the research by the University of Sheffield-led team has revealed a new insight into how the diseases often develop – a discovery that could be used to create more effective therapies.

Results from the study, published in the journal Glia, suggest that the disorders start during brain development in pregnancy.

Nearly half of our neurons die during the formation of our brain throughout pregnancy and it is the role of microglia to clear them away.

Using transparent zebrafish models to directly observe how brain cells develop, the research team found that the microglia were impaired when trying to clear away the dying neurons in the brains that went on to develop a leukodystrophy.

Animal models of leukodystrophy are rare and often don’t look like the human pathology, as they lack the characteristic brain abnormalities and movement problems seen in human patients.

However, researchers have created the first zebrafish model for human leukodystrophy and have shown that this model had similar physical and brain anomalies to patients.

Dr Noémie Hamilton, European Leukodystrophy Association (ELA) Research Fellow at the University of Sheffield, said: “The first and main challenge for microglia during brain development is to clear away dying neurons.

“We found that in our zebrafish model of human leukodystrophy, deficient microglia failed to digest dying neurons. Cells digest their content using their lysosomes which are an acidic cellular compartment used as a recycling factory. We showed that our zebrafish model had lysosomal defects, blocking microglia from performing normally.

“This was associated with an inflammatory response which could damage the brain and be the start of the pathology of the disease.”

The study highlights that focusing on early dysfunctions during brain development and their consequences will provide a better understanding of these rare devastating diseases.

In the future, Dr Hamilton aims to test whether therapies targeting microglia in early life can alleviate the symptoms using her unique zebrafish preclinical model. She hopes that her findings can be translated into human studies to help identify new ways to treat childhood leukodystrophies.

The research was funded by a European Leukodystrophy Association (ELA) fellowship to Dr Hamilton at The Bateson Centre, a world-leading centre using zebrafish to model human diseases at the University of Sheffield.

'Entrance Exams only after lockdown ends' 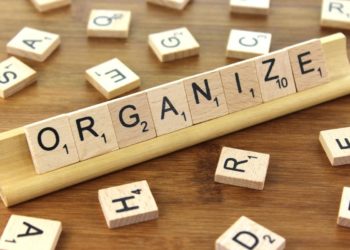 'Entrance Exams only after lockdown ends'