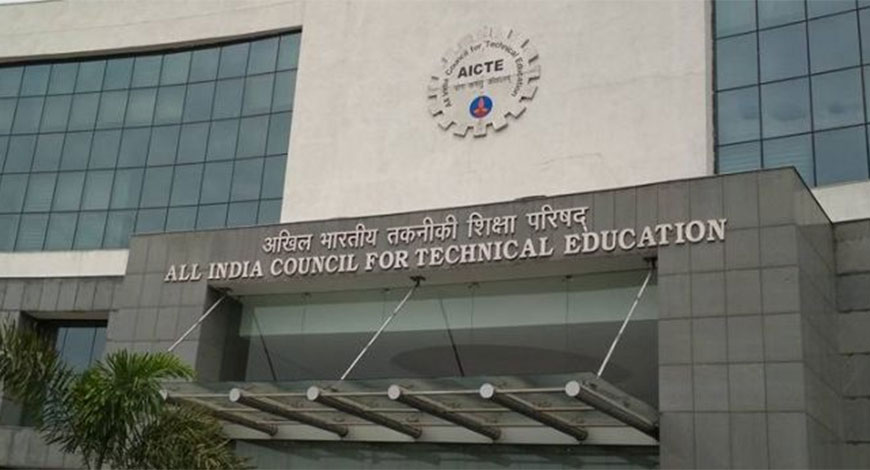 AICTE is going to approach Union Commerce ministry for that draft guideline on the patent for on-campus inventions.

The AICTE is going to approach the Union commerce ministry regarding their draft guidelines on patent rights for on-campus inventions that do not give credit to a student inventor, a view different from the technical education regulator’s policy on startups.

Asserting that the inventor should get credit for any invention on campus as it will encourage more people to take up research, the All India Council of Technical Education (AICTE) said a policy for academic institutions should come from academic bodies.

While AICTE’s new policy has made it mandatory for academic bodies to share patent rights with a researcher, if the facilities of the institution are used while developing a product or a technology, the commerce ministry draft guidelines on the implementation of the Intellectual Property Rights (IPR) policy for academic institutions recommends that the patent right will be owned solely by the institution in such a case.

The 23-page draft model guidelines on the implementation of the IPR policy in an academic institution have been prepared by the commerce ministry’s Cell for IPR Promotion and Management (CIPAM) and were put in public domain earlier this month, seeking suggestions from stakeholders. “We will look into the contradictions and discuss the issue with the Ministry of Commerce. Ideally, a policy for academic institutions should come from academic bodies. I also believe it is unfair to totally deprive the researcher of recognition by not sharing patent rights with him or her,” AICTE Chairman Anil Sahasrabudhe told PTI.

“The idea is to encourage more and more people to take up research, not discourage them by not giving them due credit. The policy that we have formulated was drafted by a committee of experts from academia and industry, and all perspectives were considered before giving the policy a final shape,” he said.

The AICTE had earlier this month launched a National Innovation and Start-Up policy for students and faculty of Higher Education Institutions (HEIs) and the patenting guidelines are part of the same.

This policy has been developed to facilitate the Human Resource Development (HRD) Ministry in bringing uniformity across HEIs in terms of intellectual property ownership management, technology licensing and institutional startup policy.

According to the AICTE policy, the inventors will only be entitled to sole ownership of patent rights if the product is developed without using an institution’s facilities and funds and work has been conducted outside office hours. A five-member panel will take a final call in case of any dispute over ownership.