After Gujarat International Financial Tec-City (GIFT City), it is now Lavasa Smart City is expected to host campuses of reputed foreign Universities. Union Finance Minister Nirmala Sitharaman in her Budget 2022-23 mentioned that world-class foreign universities and institutions will be allowed in India in specialised locations like GIFT City to offer courses with liberalised domestic regulations. This move prompted globally reputed Universities and Institutions to explore opportunities of setting up campuses in India.

Now privately owned Smart City Lavasa near Pune (Maharashtra) has emerged as a hot destination for foreign universities and institutions to set up their campuses in collaboration with Indian Partners. The interest shown by four reputed Universities from the United States has pushed realty prices at Lavasa northward.

It is reliably learnt that Darwin Platform Infrastructure Limited, the flagship unit of Darwin Platform Group of Companies (DPGC) is in advanced talks with leading US Universities to join hands and open up campuses in Lavasa, the proposed smart city near Pune. Earlier, Institutes like Ecole Hoteliers and Christ Institute of Management have already attracted many students from all across the country.

Confirming the talks of collaborations with the US Universities, Dr Raja Roy Choudhury, Group CEO, Darwin Platform Group of Companies (DPGC) said, “Institutions like Rutgers University- New Jersey, Brandeis University, University of Dallas, University of Wisconsin, Northeastern Illinois University have shown tremendous interest in setting up a base in India because of the student potential we have for international degrees.”

The Group has ambitious plans to promote higher education in the country with foreign tie-ups.

“The opportunity in the future would be in the higher education space where the Government has come up with liberalised policies under NEP 2020 and opened FDI in the education sector. Indian students can avail world-class education at affordable Indian rates with the same rigour and intensity and value proposition which they would have got in pursuing the same overseas,” said Dr Choudhury, the key champion to promoting institutional tie-ups for the Group.

“Talks are also going on with institutions in the UK and Israel in the area of liberal arts as well as high-tech education and very soon announcements will be made. There has been a lot of buzz in the real estate market with prices shooting up with such international interest in Lavasa Smart City,” added the Group CEO.

In 2016, Niti Aayog submitted a report to the Prime Minister and the Human Resource Development Minister, suggesting the setting up of campuses of foreign universities in India. It was contemplated that it will help meet the demand for higher education in the country, increase competition and subsequently improve standards of higher education. Big business conglomerates and Indian Higher Education Institutes started looking for opportunities in this space quickly.

Earlier, India has a complex higher education regulatory system, with multiple regulators governing the universities, numerous permission requirements and several compliances on an ongoing basis. The top universities of the world, therefore, were hesitant to have an India campus. Indian (Business Conglomerate and Education institutions) and overseas Partnerships are expected to be a game-changer in the real sense. It could be the beginning of the long-anticipated arrival of world-class foreign universities in the country. No place is better than Gift City or Lavasa Smart City! No wonder Real Estate Sector is also in a jubilant mood now!

Annually, lakhs of Indian students travel overseas and spend billions of dollars to pursue education abroad. Foreign universities see a large influx of Indian students every year. Due to travel restrictions, visa policies, and cost factors, students are not in a position to travel to campuses abroad. Foreign universities in Lavasa Smart City will help in retaining talent within India, many of whom may eventually get employed in the City itself.

Experts in the education sector suggest that the regulations should focus on promoting collaboration between Indian entities and foreign universities for curriculum, teaching, credit transfers etc as that will help the students and the economy in the long run. 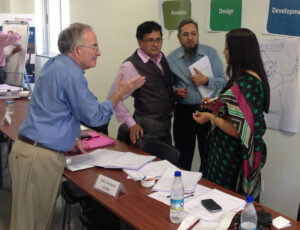 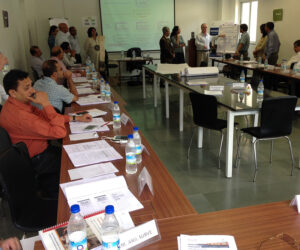 Ben-Gurion University of the Negev (BGU), Israel is now inviting applications for its one-year MBA International Program for the upcoming...