IISc Indian Institute of Science, Bangalore ranked 16th followed by IITs (Indian Institute of Technology).  Quoting to report CKO (Chief Knowledge Officer) of THE Phil Baty said, “There was a long debate about the success of Indian universities and for many years Indian varsities are underperforming. IISc has retained the top position in overall ranking every year but it fell two places to 16.”

Amrita Vishwa Vidyapeetham, one of the nominated universities under Top 100 is the new entry to the list moving up in the rank with massive difference of 51 places from a joint 141 in 2019. As per THE, the institute has enhanced in all the positions metrics.

Other universities of India under Top 500: 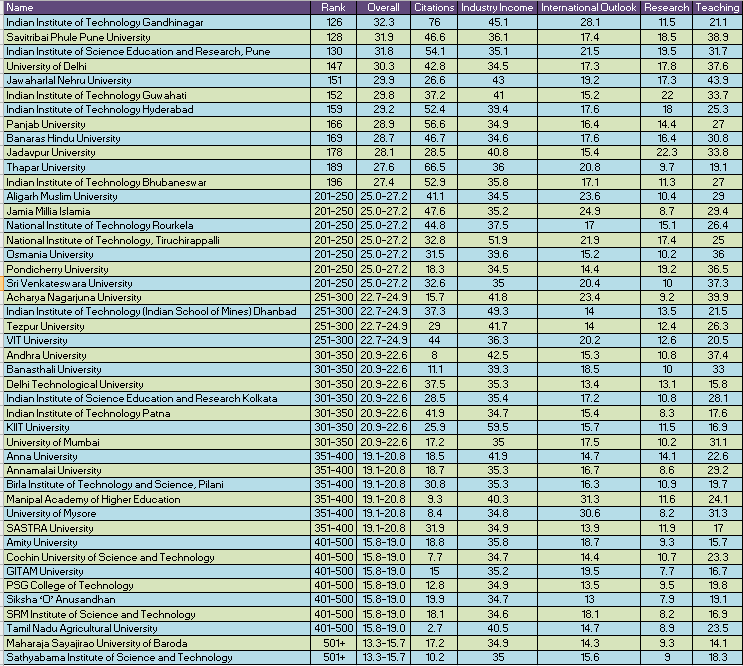 The Union Budget 2023-2024 was presented to the parliament on February 1 by Finance Minister Nirmala Sitharaman. According to budget...

Private Universities in Karnataka Protest against the Use of ChatGPT