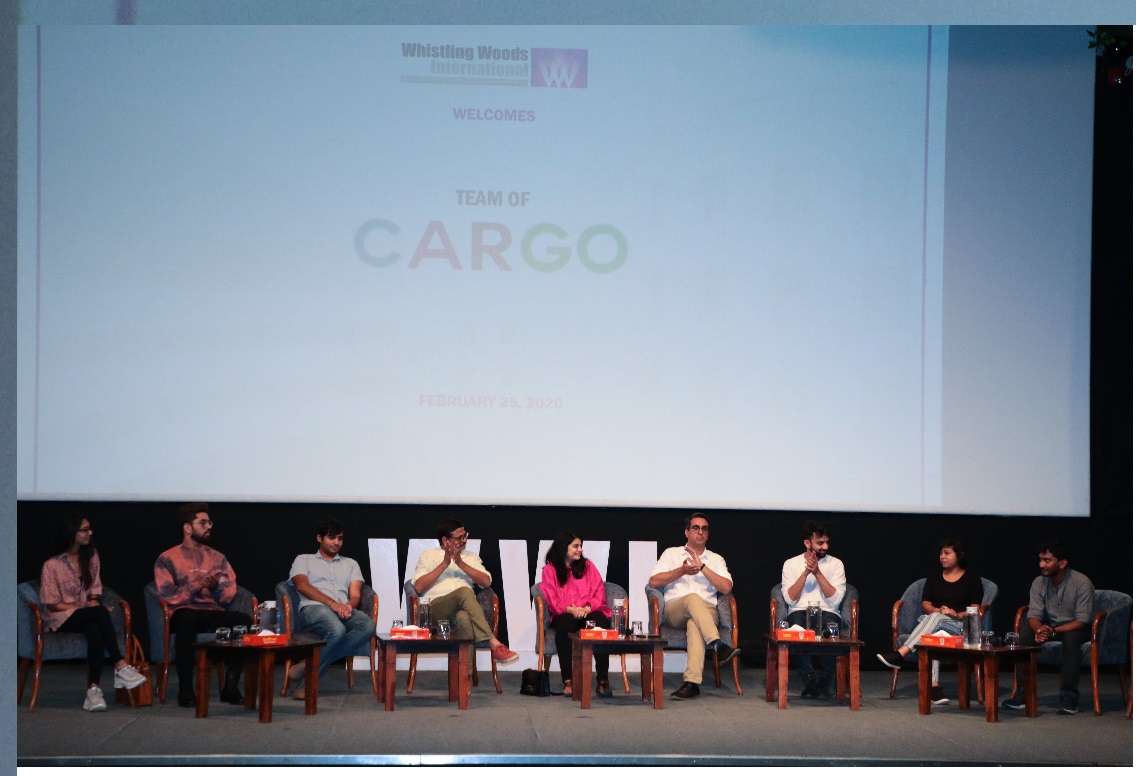 Rahul Puri began the session by introducing the guests, highlighting the role played by WWI alumni in the creation of the film, stating, “It’s a proud day, with so many people from WWI seated upon the stage across all our batches and departments. The film was even shot here at Whistling Woods International; hence, there is a very strong connection of the school with this film.”

The floor was subsequently opened to the audience, with the eager students posing a host of questions. The first had to do with the inspiration behind the film, and the various genres it drew from. In response, Arati Kadav highlighted her love for writing and her fascination for building worlds brimming with fantasy and magic. She said, “I am a very ordinary person in real life. But when it comes to writing stories, I love creating a fantasy world. Every civilization talks about mythological aspects because that’s what you make sense of the world. So that’s why I had a lot of attraction to such kind of stories.” She went on to describe the role her heritage played in her stories, saying, “As an Indian telling science fiction stories, I questioned what are the unique things that I bring to them, what is it about my culture or my upbringing that I bring to them.”

Describing her role as the director, she listed extreme will power and collaborating with the right individuals as the key factors to her success. When faced with a question on the evolution of the script, Zain Matcheshwalla offered his opinion, saying, “She gave me the script and I read it. It was really amazing. A few weeks before the shoot, we were arguing about this Raksha world and stuff, but she believed in it and we went ahead.” The conversation then progressed to the design aspect of the film, with the director listing her design influences, “I love retro tech.  I referred to the tech of the 50s and the mechanism of the jellyfish. For this film we show real NASA spaceships; the only things we took from there were Designer costumes and logos.”

With the session coming to a close, Arati Kadav shared a closing piece of advice with the eager students, “While making a film the best approach would be, try and pick a few things that you can really do well, rather than trying to do a lot of things and end up doing an average job.” Rahul Puri delivered the vote of thanks for the presence of the cast and crew of the film, as the students showed their appreciation with a round of applause.

Cargo tells the story of a senior astronaut and the relationship he builds with his new assistant, as they interact with different cargos on a daily basis – consisting of dead people. Cargo had its premiere at 2019 MAMI Film Festival. It will have its international premiere at the South by Southwest (SXSW) Film Festival in Austin, Texas; the Miami International Science Fiction Film Festival; the Chattanooga Film Festival, in Chattanooga, Tennessee; and the Sci-Fi Film Festival in Sydney, Australia. The film will also be competing in the Avant-Garde and Genre categories at BAFICI, the Buenos Aires International Festival of Independent Cinema 2020.

Witnessing an upsurge of student’s queries amid Coronavirus break