Delhi School of Economics emerged as winners in the Sweden India Nobel Memorial Quiz 2018 that was concluded on November 1, 2018 at IP College for Women.

Delhi School of Economics emerged as winners in the Sweden India Nobel Memorial Quiz 2018 that was concluded on November 1, 2018 at IP College for Women. XLRI Jamshedpur and University of Hyderabad secured second and third position respectively.

The finale saw close competition with teams battling it out for the title till the very end. Gokul S, Arushi Raj and Akash Verma from Delhi School of Economics won The Sweden India Nobel Memorial Quiz 2018 with a leading score of 165. XLRI, Jamshedpur came second with a score of 136 and University of Hyderabad finished with a score of 125.

Ambassador of Sweden, Klas Molin, awarded the prizes to the winners and participants at IP College for Women.

In the context, the Ambassador Klas Molin said, “I am thrilled to see high level of enthusiasm in this flagship event, the Sweden India Nobel Memorial Quiz. We are especially proud to have achieved equal female participation after we made mixed-gender participation mandatory for co-ed colleges.”

The National quiz champions have won an all-expenses paid trip to Sweden. The awardees will get to visit the headquarters of the partnering companies, Swedish universities and the Nobel Museum. All participants got the certificates and many of them also won exciting audience prizes.

The venue partner for the quiz in Delhi was IP College for Women. Speaking on the occasion, the principal of the college Dr. Babli Moitra Sara said, “Indraprastha College for Women, the oldest women’s College of the University of Delhi, lauds the proactive steps taken by the Sweden India Nobel Memorial Quiz (SINMQ) to assess and redress the status of female visibility and participation in the activity of Quizzing, and is delighted as an ideological ally and venue partner, to note the resultant increased participation of women in SINMQ 2018. We look forward to our continued association and participation in the dialogue for gender justice.”

About 716 teams from leading institutions registered encompassing 2148 students participated in this year’s competition. The Sweden India Nobel Memorial Quiz 2018 started from Mumbai on 28 September 2018 and saw participation from all leading institutes across six locations at Ahmedabad, Kolkata, Bangalore, Chennai and Hyderabad.

Bangalore saw the maximum number of teams of 150 participating, followed by Ahmedabad with 124 teams, Mumbai with 85 teams, Hyderabad with 79 teams, Kolkata with 77 teams, Chennai with 70 teams and Delhi with 131 teams.

Launched in 2008, this much awaited annual quiz has grown exponentially over the years and is a unique medium to test student’s knowledge on the Nobel Prize, Nobel Laureates and their achievements along with Sweden, its people, culture, Swedish innovations and inventions. Organized by the Embassy of Sweden in collaboration with leading Swedish companies in India and other partners as well as the Consulate General of Sweden in Mumbai, it forms part of the Sweden India Nobel Memorial programme.

The quiz is open to all Indian students currently enrolled at a college/university in India. Students are required to form teams of 3 members, all from the same institution. Each team must comprise of at least one male and one female student, unless the institution is gender-restricted. 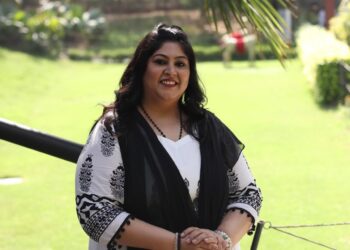 Be in no panic mode: Dr. Priya Kaul