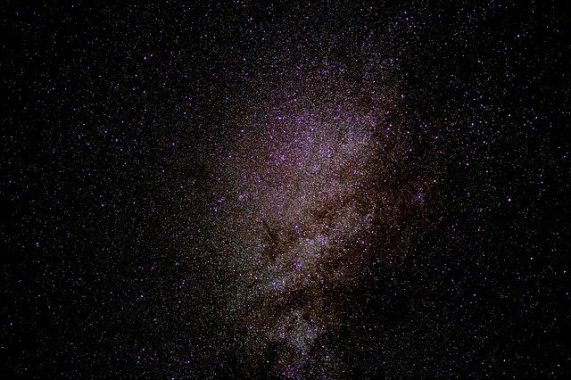 Scientists from the University of Sheffield have discovered a pulsating ancient star in a double star system, which will allow them to access important information on the history of how stars like our Sun evolve and eventually die.

The discovery of the first ever pulsating white dwarf star in an eclipsing binary by physicists at Sheffield means the team can see how binary evolution has affected the internal structure of a white dwarf in detail for the first time.

An eclipsing binary, or double star system, is made up of two stars orbiting each other and periodically passing in front of each other as seen from the Earth.

White dwarf stars are the burnt out cores left behind when a star like the Sun dies. This particular white dwarf could provide key insights into the structure, evolution and death of these stars for the first time.

Most white dwarfs are thought to be made primarily of carbon and oxygen, but this particular white dwarf is made mostly of helium. The team think this is a result of its binary companion cutting off its evolution early, before it got a chance to fuse the helium into carbon and oxygen.

The pulsations from this star were discovered using HiPERCAM, a revolutionary high-speed camera developed by a team led by Professor Vik Dhillon from the University of Sheffield’s Department of Physics and Astronomy.

HiPERCAM can take one picture every millisecond simultaneously in five different colours and is mounted on the 10.4m Gran Telescopio Canarias (GTC), the world’s largest optical telescope on La Palma. This allowed the researchers to detect the rapid and subtle pulsations from this particular white dwarf.

The pulsations of the white dwarf star and the eclipsing binary system allowed the team to investigate the structure of it using two techniques, asteroseismology and eclipse studies.

Dr Steven Parsons, from the University of Sheffield’s Department of Physics and Astronomy, who led the study said: “Determining what a white dwarf is made of is not straightforward because these objects have about half of the mass of the Sun, packed into something about the size of the Earth. This means that gravity is extremely strong on a white dwarf, around one million times larger than here on Earth, so on the surface of a white dwarf an average person would weigh about 60,000,000kg. The gravity causes all of the heavy elements in the white dwarf to sink to the centre, leaving only the lightest elements at the surface and so the true composition of it remains hidden underneath.

“This pulsating white dwarf we discovered is extremely important since we can use the binary motion and the eclipse to independently measure the mass and radius of this white dwarf, which helps us determine what it is made of. Even more interestingly, the two stars in this binary system have interacted with each other in the past, transferring material back and forth between them. We can see how this binary evolution has affected the internal structure of the white dwarf, something that we’ve not been able to do before for these kinds of binary systems.”

The next step of the research is to continue observing the white dwarf to record as many pulsations as possible using HiPERCAM and the Hubble Space Telescope.